Up to 25% less CO2 emissions at Vodafone

DriveTag is a tool that encourages more mindful driving behavior in a non-intrusive, fun way. The tag attaches to the windscreen of your car, measures how you drive, and gives you real-time feedback via a smartphone app on how to improve your drive style.

DriveTag makes it easy for drivers to cut their carbon emissions, save money on fuel and be safer on the road. It’s easy to set up and use and motivates users to engage and compete with each other to be the most mindful drivers on the leaderboard of their friends or colleagues. When enough of us focus on making a difference together, we can have a seriously positive impact on our collective carbon footprint. Moreover, studies show that we are at least 50% less likely to have an accident when adopting a mindful drive style. 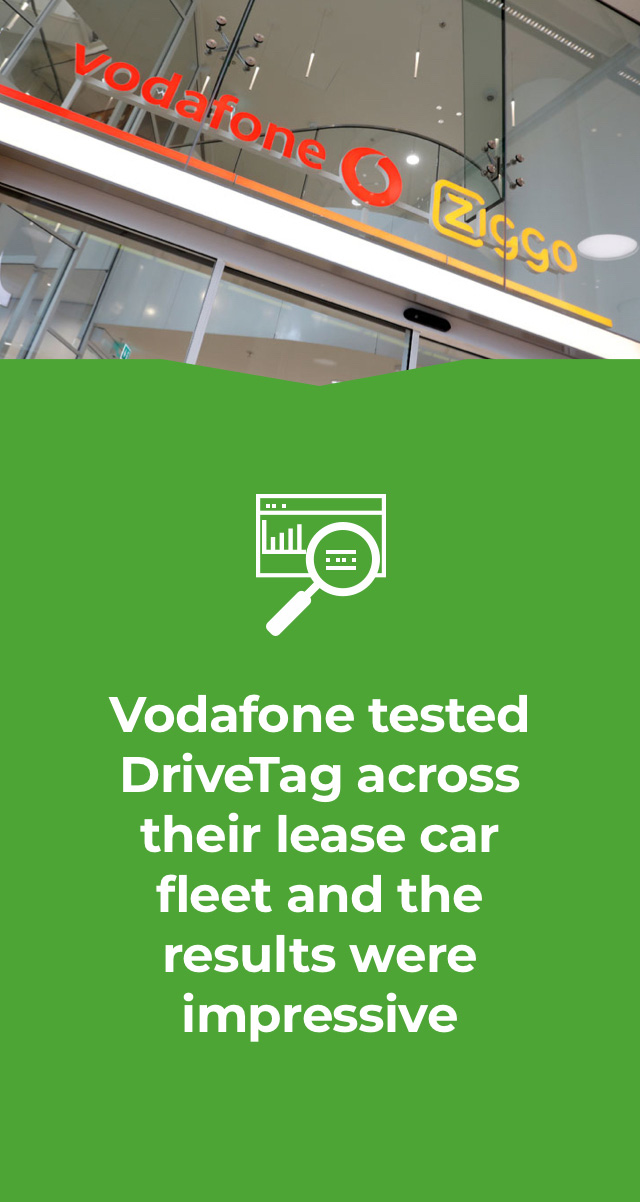 Mindful Driving is changing mindsets.
Feedback from drivers was consistently confirmed that when actively using DriveTag felt more relaxed while driving, and on reaching their destination.

" I drive almost 60,000 kilometres per year and, admittedly, I drove in quite an assertive, sometimes even aggressive, way. I was skeptical when I first heard about DriveTag. But when seeing my scores going from red to yellow to greenish it became a bit of a sport to achieve a higher score and a better ranking than my colleagues. And, if a fellow road user now forces me to brake hard, so that I lose my A-score, I secretly curse him a bit. Who would have thought that? "


" What surprised me most was the impact on my mindset when commuting. The app made me conscious about my drive style, my speed and my distance to other cars, the way I accelerate and brake, and it actually made me arrive at my destinations much more relaxed. " 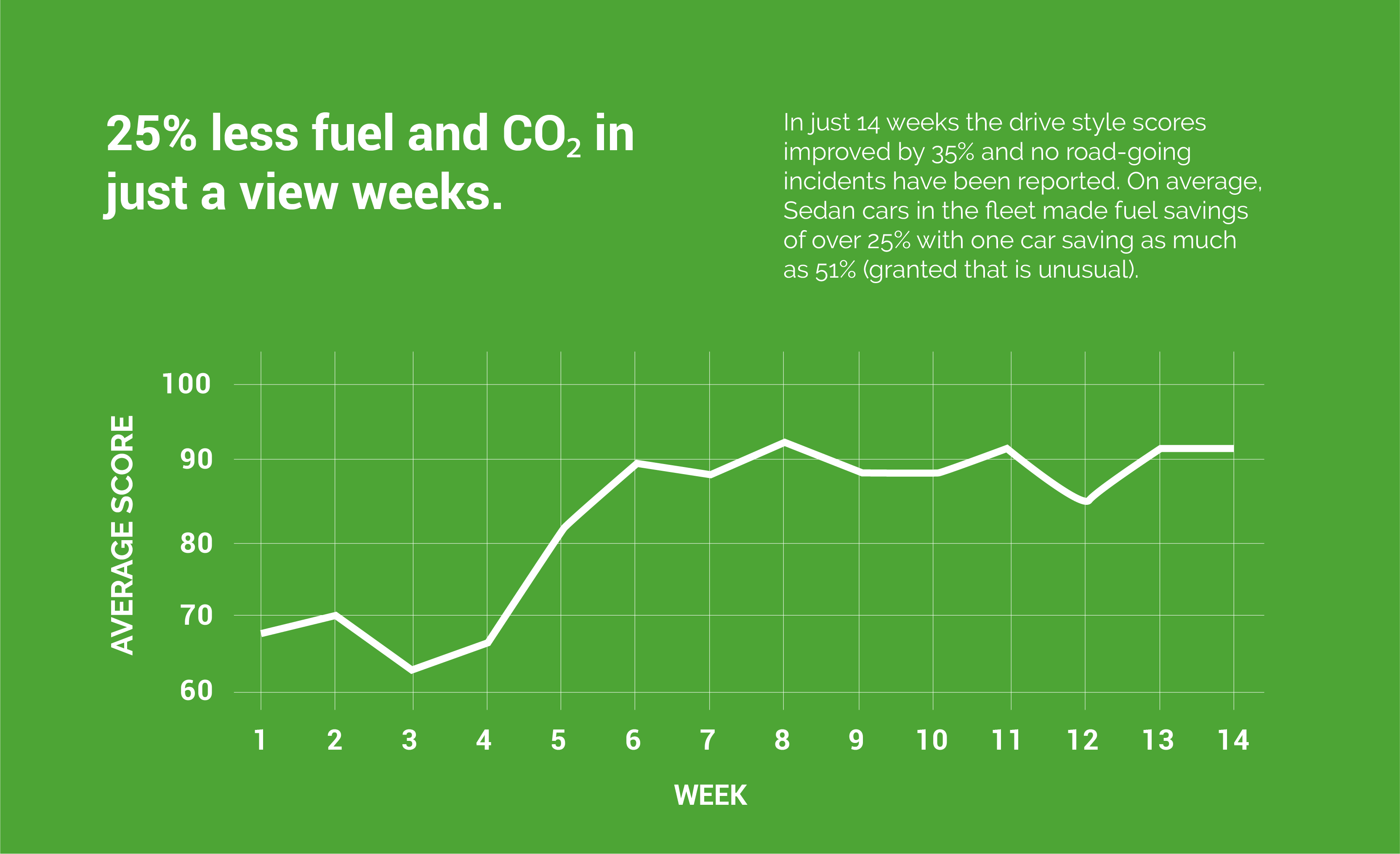 VodafoneZiggo is committed to help with the Global Goals for Sustainable Development. DriveTag helps us make a triple contribution.

We are promoting Good Health and Wellbeing (#3) by lowering drivers’ stress levels. We are developing our industry through Innovation and Infrastructure (#9) without any additional waste or pollutants, and all this whilst taking Climate Action (#13), lowering the consumption of fossil fuels and CO2 emissions.

We’ve come a long way since making the first ever mobile call in the UK on 1 January 1985. Today, more than 500 million customers around the world choose us. We now operate in around 30 countries and partner with networks in over 50 more. Our commitment to the community in which we operate extends beyond the products and services we offer. True to our origins, Vodafone has always committed to deliver useful and inspiring innovation. We’re a brand that loves change – if it’s not happening naturally then we’re creating it ourselves. It’s in our DNA to push forward, to create a better future, to never rest and find new ways that help people communicate. That’s the lifeblood that runs throughout Vodafone. We are driven to empower people. To find that spark that empowers you is why we are in business. That’s what we mean when we say ‘power to you’.

We've got the tools but we need you to make the impact.
Our tools are nothing without its users. Contact us via this link to create maximum impact together.
Contact us

DriveTag
What is DriveTag
The beacon
The Apps
Examples
Impact services